The garden as a memory of lost paradise is a subject found throughout human history — in religion, poetry, fine arts, and science. The idea of paradise is a projection of wishes and desires that cannot be attained on Earth — a garden becomes its earthy reflection.

I began to appreciate the ruggedly rising rock landscapes, the narrowness of the path, tiny pond, and courtyards of Chinese garden a little better, after I read the” The Elegant Garden” written by Johann Kraftner.

“Its irregular configuration, which gives the illusion that it cannot be beheld in its entirely, encourages this effect.”

“It is not a route that is the destination, but rather the views seen while traversing; the impressions received on the way.” 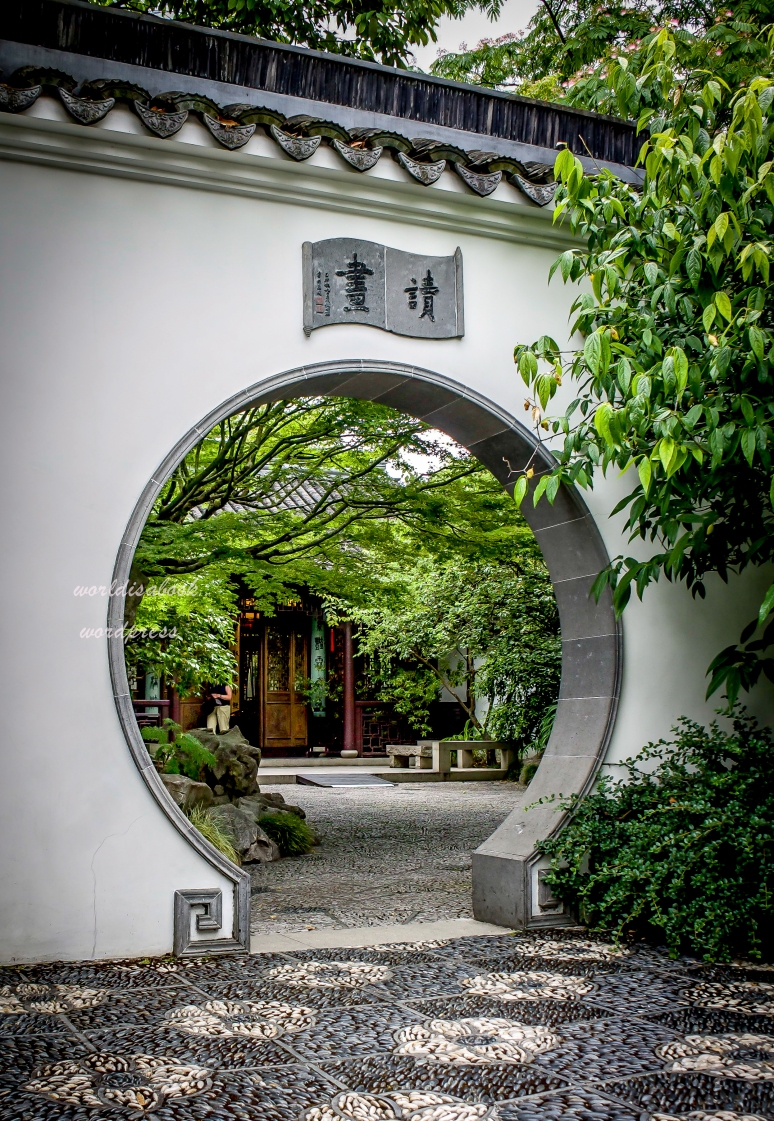 “There is no clearly defined path leading around the pond or courtyard; one can always enter adjoining rooms, to emerge in a completely different spot.” 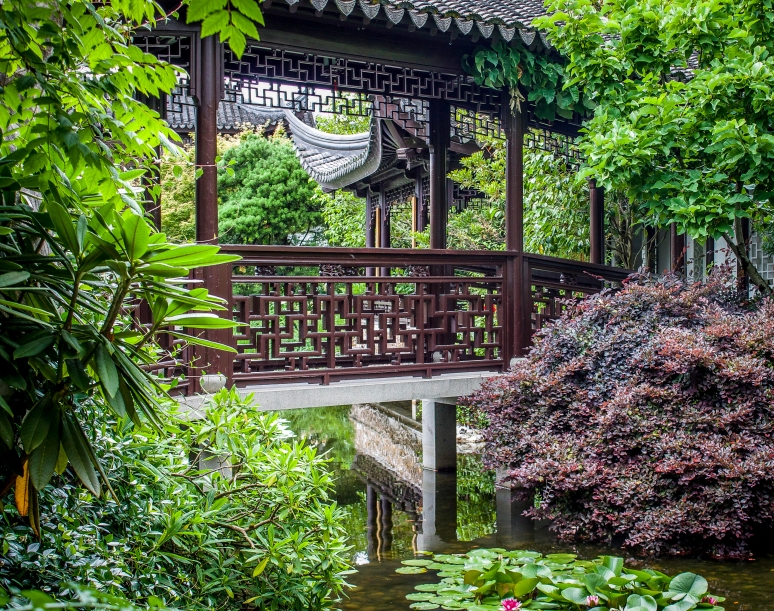 “The visitor quickly loses a prescribed sense of direction and is continually encountering new elements not seen before.”

“After a walking tour, not a single visitor will know which route he or she actually took and where he or she was, which indicates how intentionally confusing and ultimately miraculous is the design of the entire park (garden).”

“A world in which the density increases from one room to the next; a world that trains one’s eye on humble things;

a world in which apparently inconsequential items become protagonists.”

A group of people were practicing Tai Chi in this elegant garden facing the waterlily pond (the young man wearing a pair of black pants with white strips was the instructor). It looks like a paradise to me. 🙂

Note: All quotes above are from the ” The Elegant Garden” written by Johann Kraftner.

Take a walk down to the North Yorkshire beautiful coast to Whitby with Jo!

Thank you so much for visiting! Happy Wednesday 🙂