I. M. Pei An Architect of His Time

Architecture is there to enhance life. It is not just an object in space to look at …  It has to contain human activity. It has to make that activity noble.  – I. M. Pei

I want to use this mini series to give a brief view of Mr. Pei’s  vision, and challenges he encountered, the breakthrough created, and the difference made through a few of his world-famed architecture designs. 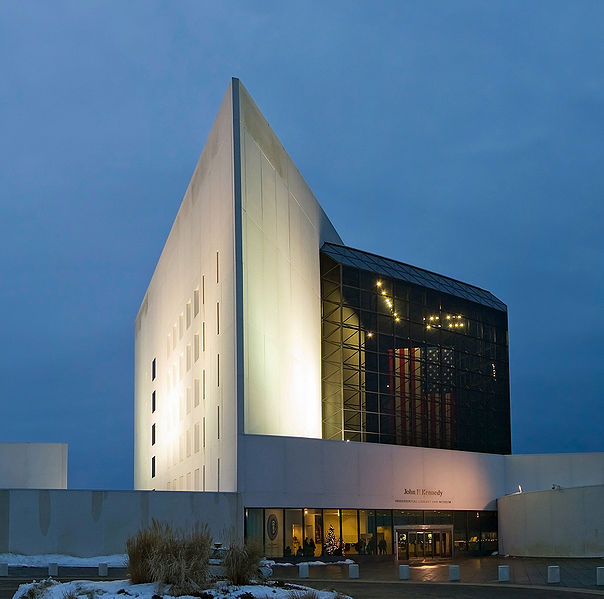 Challenge: It took ten years just to find a location for the Library.

Among all the giant architects in the world, Pei was unknown, but he was chosen by Jackie Kennedy. During the ten-year site searches, he had to alter his designs numbers of times to accommodate the location changes. Pei had never complained about his frustrations, but his wife said that she could feel his frustrations and disappointments when Pei came home late night, every night.

Nonetheless, after this commission, Pei was lifted to the front page as an architect. 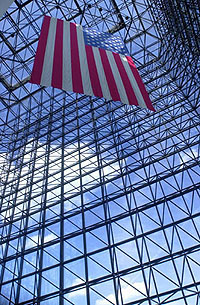 (Photos are  from Wiki Commons)

Pei’s vision for the JFK Library was “…In the silence of that high, light-drenched space, the visitors will be alone with their thoughts. … In the skyline of his city, in the distant horizons toward which he led us, in the canopy of space into which he launched us, visitors may experience revived hope and promise for the future.”

Challenge: Dealing with the space limitation and the awkward shape and uneven size of the land.

Pei’s solution was to draw a line across of the uneven size of the land to create two triangle shapes. He, then, created endless variations of forms for the building. He said that the result of the triangle module enabled people to go to different directions in the building, which the rectangular module wouldn’t be able to offer.

Pei’s vision was to bring young people, families, and school kids to the museum. It changed the role of the traditional museum that move the museum beyond depositing artworks. “Architecture was able to do something in the domain of public education,” he said, “that has changed what the museum could be.”

–Entrance to the East Side, photos from bluecadet.com

Pei accepted the commission without any hesitation. “I want to design a symphony hall before I die.”  Because of his love for music, Pei didn’t perceive it as a commission, but a labor of love.

Challenge: How to surround one huge rectangular shape of the symphony hall and what to surround with.

Pei’s vision was to allow people to step into the building as if they were stepping into another world; there, people can set apart from their daily lives.

To achieve that, Pei decided to surround the rectangular tall music hall with various curve walkways. He said, “Because of this unique curve design, when people walk there with windows on one side, they can feel the space is moving with them.”

Building has to be something relate to people at that particular time and place.   – I.M. Pei

We had the privilege of visiting these three buildings. Listening to the symphony in the Meyerson Symphony Center was a grand experience.

Thank you so much for spending time here! Hear what Mr. Pei said about the glass pyramid. Stay tuned 🙂

This is Part I of the series

Part II: It Is A Work Of Our Time